Anger, Laryssa (2003 - 2013)
From student all the way through to teacher and director. I witnessed YTP change many lives, including my own. No where else would I have wanted to call my home away from home.

Cashmore, Summer (1989 - 2000)
YTP was a huge part of my lie from the time I was 11 until nearly 22.  In later years. I moved away from the stage and did lighting and stage management but I remained a part of YTP.  Have wonderful memories of my childhood and most of those memories centre on YTP.

Cullen (Chapman), Jami (1996 - 2002)
YTP was my home and oddly enough it has become my home again as I embark on the position of Artistic Director.

Gare, Sharon (1996-2002)
Mom of Victoria and Jesse Gare. It was a great experience for everyone involved. I hope this new and improved look will bring just as much fun.

Gare, Victoria (1996-2002)
YTP made my adolescent years tolerable. The skills I aquired during those years have helped me to achieve success in many aspects of my life.

Otterman, Devon (2005 - 2010)
It's fantastic to see YTP still going strong. While I have moved on to other projects, I'll never forget the place that turned me into the person I am today. Thanks for the memories! They're ones I'll never forget. 😀

Pow, Ed (1995 - 2001)
Had a great time being part of YTP. Both Joy, myself and our kids, Jim and Sawyer played an active role in YTP participating in productions like, Jesus Christ Superstar, James and the Giant Peach, Saloon Keeper's Daughter, The Wizard of Oz and I am sure there are more that I can't recall right now. It's great to see an Alumni page, to see all of the kids that once played a role in such a great organization.

Pow, Joy (1995 - 2001)
Some of my best memories are those at YTP - I looked after the box office, plus I made cookies for all of the shows, painted sets, cleaned, and anything else that needed to be done! I also directed James and The Giant Peach and Snow White - both of my kids were in YTP - Jim and Sawyer (Sarah) ...... had such a blast with all of the kids in both junior and senior companies!! Would love to direct a play again some day 🙂

Reed, Cathy (1995 - 2002)
I started helping with costumes and ended up being chair of the board of directors for awhile.

Reed, Heather (1995 - 2002)
Oh my , there are so many stories to tell. I can say, that I had the best time and met the best people at the theatre, I may not have gotten a long with a few, but we always know that we were a part of something special. It has helped me become part of the person I am today. I love you guys and that place, and I'm so happy to be back helping out with a group of new and wonderful group of kids and young adults.. xoxoxo much love to all.

Tharris (Harrop), Kristopher (1993 - 2001)
Hello everyone! This website is great-- it's so wonderful to see the theatre flourishing. I am in Ottawa now and just recently joined another theatre company. All the best to YTP! Kristopher. 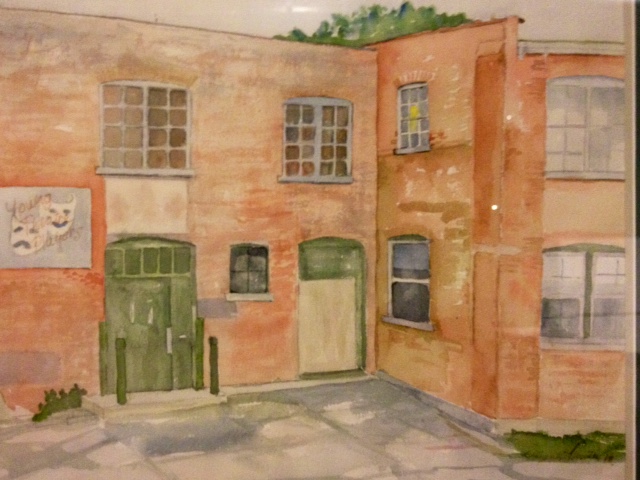